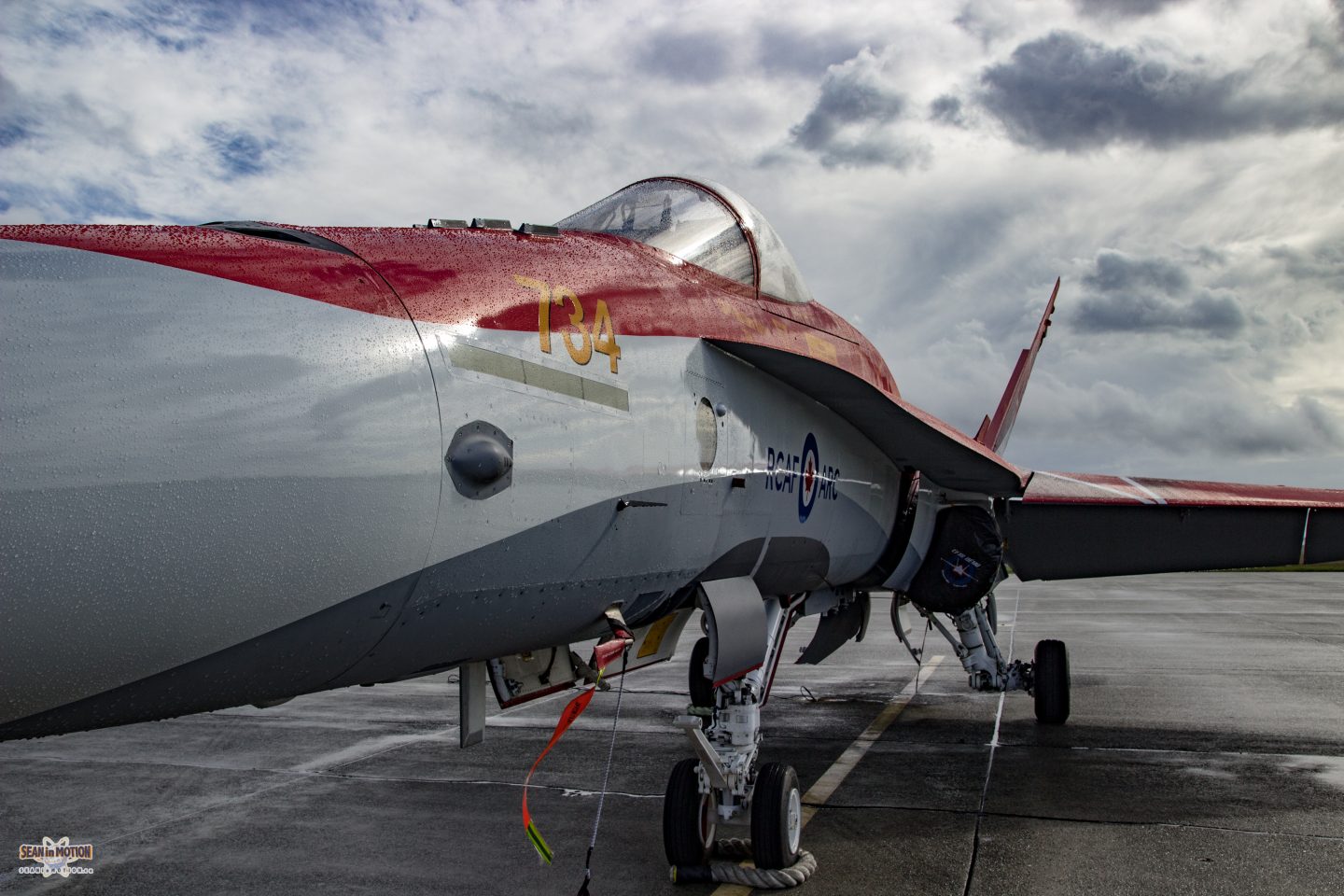 Each year the Royal Canadian Air Force selects one of it’s finest pilots to represent and showcase Canada’s capabilities in the air by assigning them to the task of learning and performing a complex demo routine in a specially painted (but not otherwise modified) CF-188 Hornet. In early 2017 it was announced that Captain Matthew Kutryk (call sign: “Glib”; left in photo below) would be flying the show circuit this year, receiving training from and soon taking over from the 2016 demo pilot, Captain Ryan “Roid” Kean. The photo below was taken upon completion of their final joint transition flight in a 2-seater version of the CF-188 Hornet, with Roid commenting, “my work here is done.” The remainder of the practice flights will likely be in the commemorative aircraft. 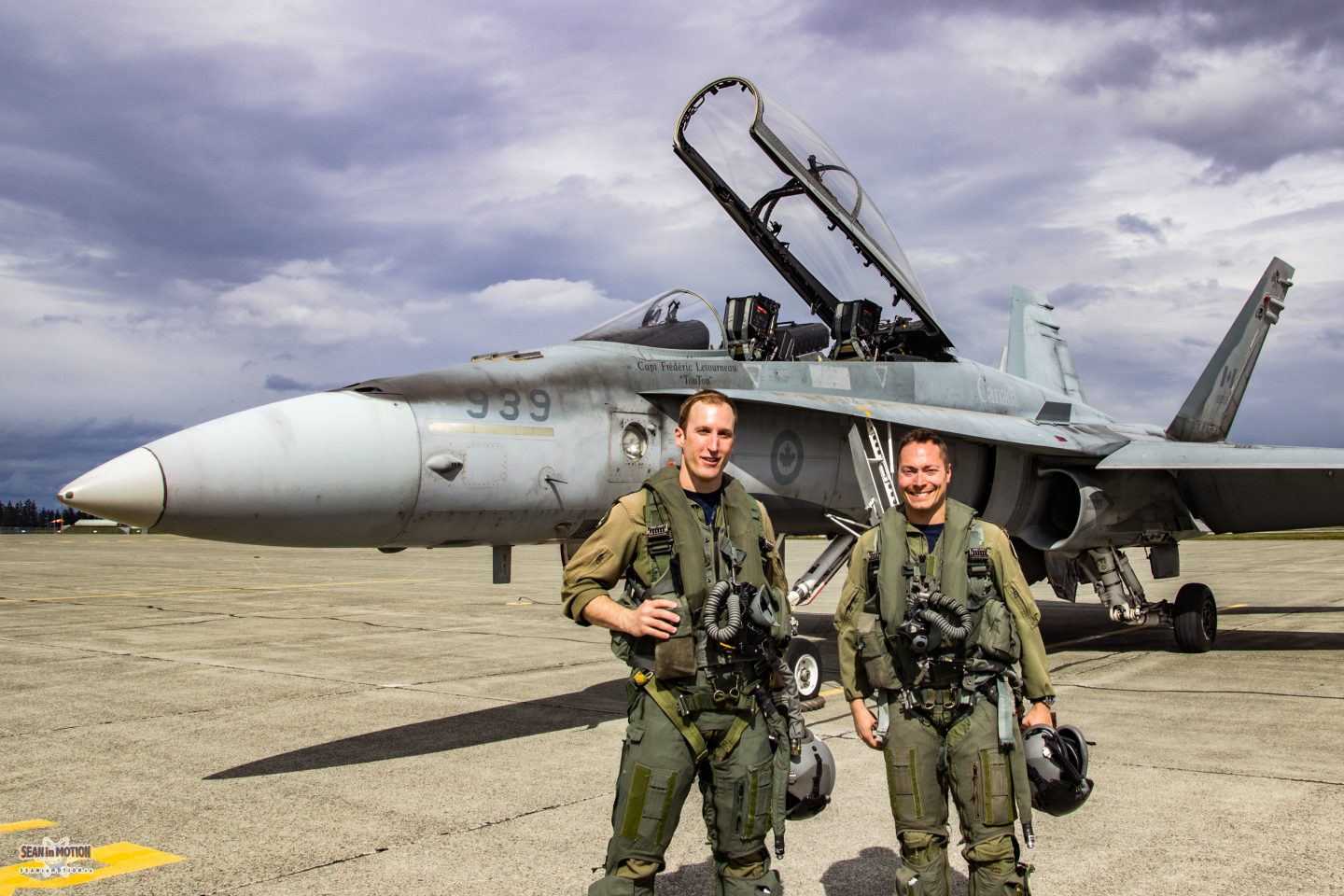 The paint scheme for this year’s demo hornet was once again designed by Jim Belliveau, who has been the artist behind many of the recent demo jet designs. Featuring numerous shades of red, multiple stylized maple leafs and touches of battle grey to represent that this bird is still 100% battle ready, it shows like a true piece of art. Following one of the spring practice flights in Comox, BC, Glib mentioned that he thinks the red Canada150 point job is so hot that it feels like the jet flies just a tiny bit faster than the rest of the fleet… no problems from our end!

In April, 2017, before the busy air show season began, I was welcomed into the hanger and onto the tarmac with the team during their spring training on 19 Wing Comox, British Columbia. Many thanks to Lieutenant (Navy) Michele Tremblay and Lieutenant Jennifer Halliwell for such great support.