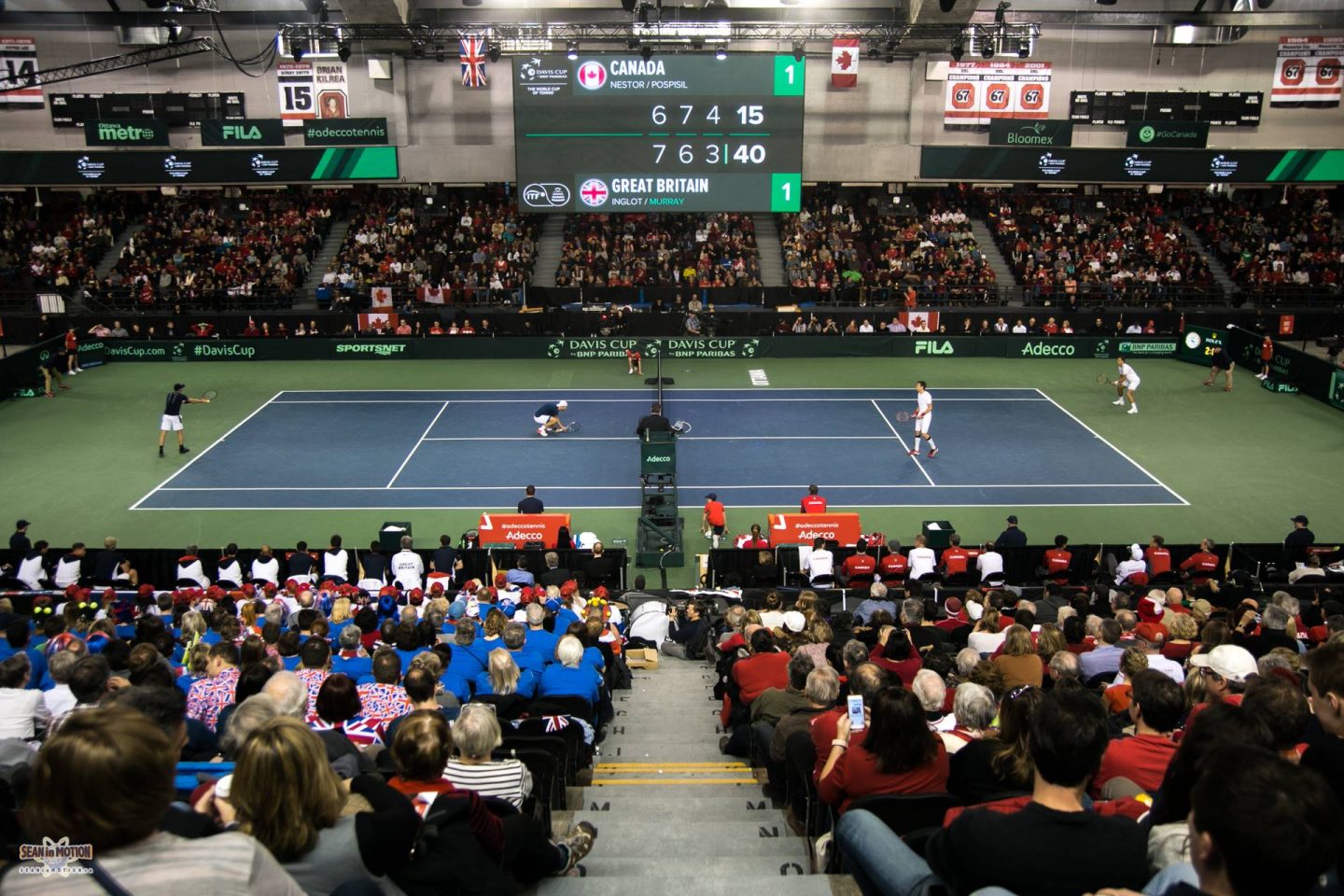 (Tennis Canada) An unfortunate ending closed out a hard-fought weekend at Canada’s Davis Cup by BNP Paribas World Group first-round tie against Great Britain at TD Place in Ottawa on Sunday. After Vancouver’s Vasek Pospisil defeated his British No. 1 counterpart Daniel Evans 7-6(3), 6-4, 3-6, 7-6(5) to force the fifth and deciding rubber, Denis Shapovalov of Richmond Hill, Ont. was defaulted at 2-1 in the third set of the final match.

Despite the loss, a bright point of (Sunday) was Pospisil’s match earlier in the day which kept his country alive by evening the tie up at 2-2. World No. 133 Pospisil fed off the energy of another record-setting crowd of 7,497 to defeat the No. 45-ranked Evans. He recorded 25 aces in the three hour and 23-minute contest and rallied back in the fourth set to clinch the win.