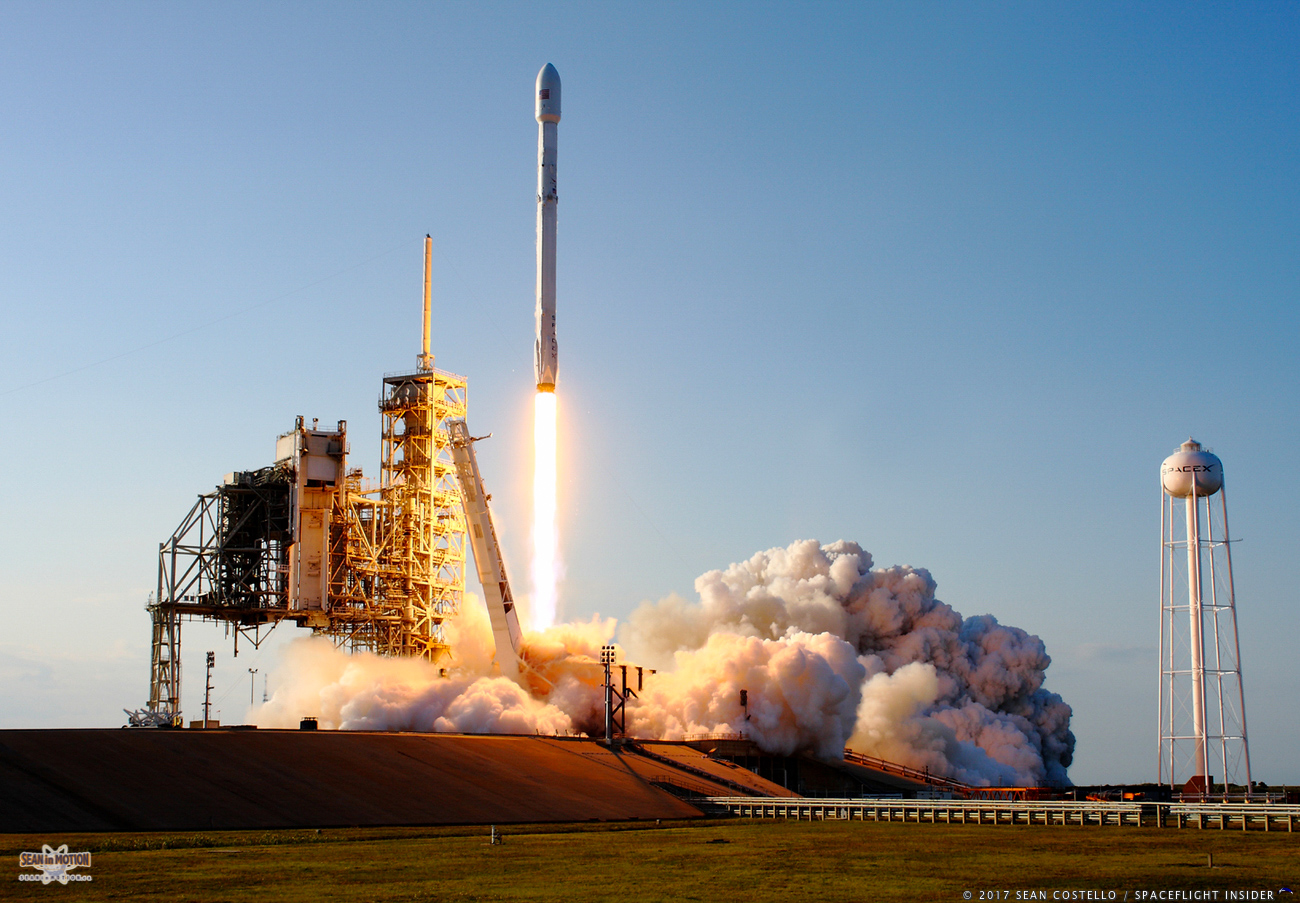 Sean Costello was at Cape Canaveral to capture the arrival of March 30, 2017 as sunlight flooded across Launch Complex 39 at the Kennedy Space Center in Florida, a mere 12 hours before SpaceX made history by launching the SES-10 satellite aboard the first ever orbital-class booster to be reflown after a previously successful mission.