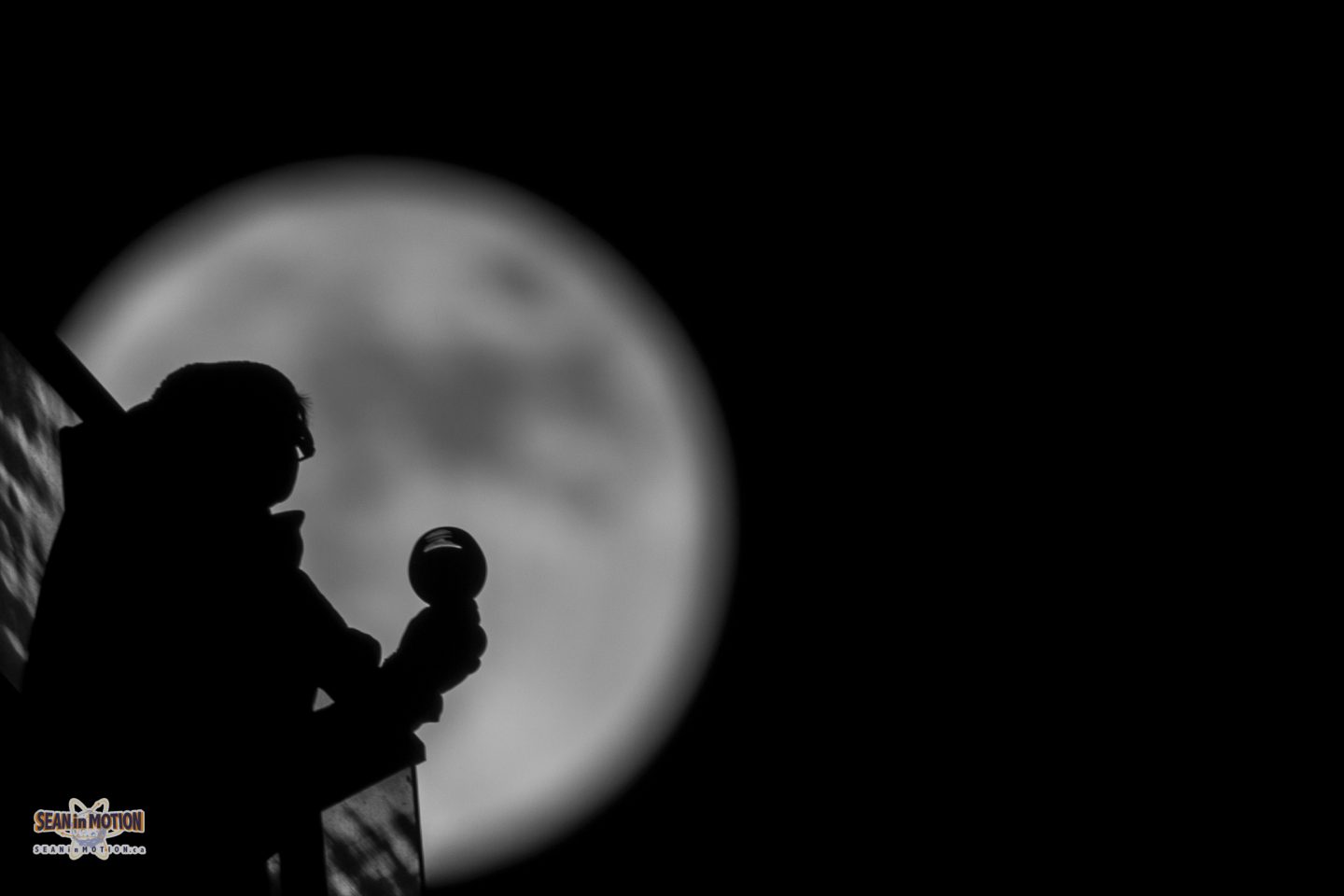 Some days, all the angle prediction and shoot planning in the world can’t save you from the pain of thick cloud cover during critical moments of either the full moon rise or set. On those tough days, you must set aside your plan and adapt to what becomes available.

On December 13, 2016, much of Ontario was blanketed by dense cloud cover and snow flurries. As dusk approached, the clouds remained thick and all forecasts called for both a blocked moon rise and moon set the next morning. The good news however: the winds were quite strong and the skies began clearing just after 8:00 pm.

Next challenge? By the time the skied cleared and I had adapted for a delayed shoot, the full moon had risen to a point in the sky that there were no natural subject sight lines remaining. With a quick check of the current angle and anticipated track, a call was made to a friend who lives on the 23rd floor of a downtown Ottawa condo. With some quick planning and after a few test shots, we had a plan – Mark would grab a wine glass and toast the final full moon (‘cold moon’) of 2016. Behold, the results!