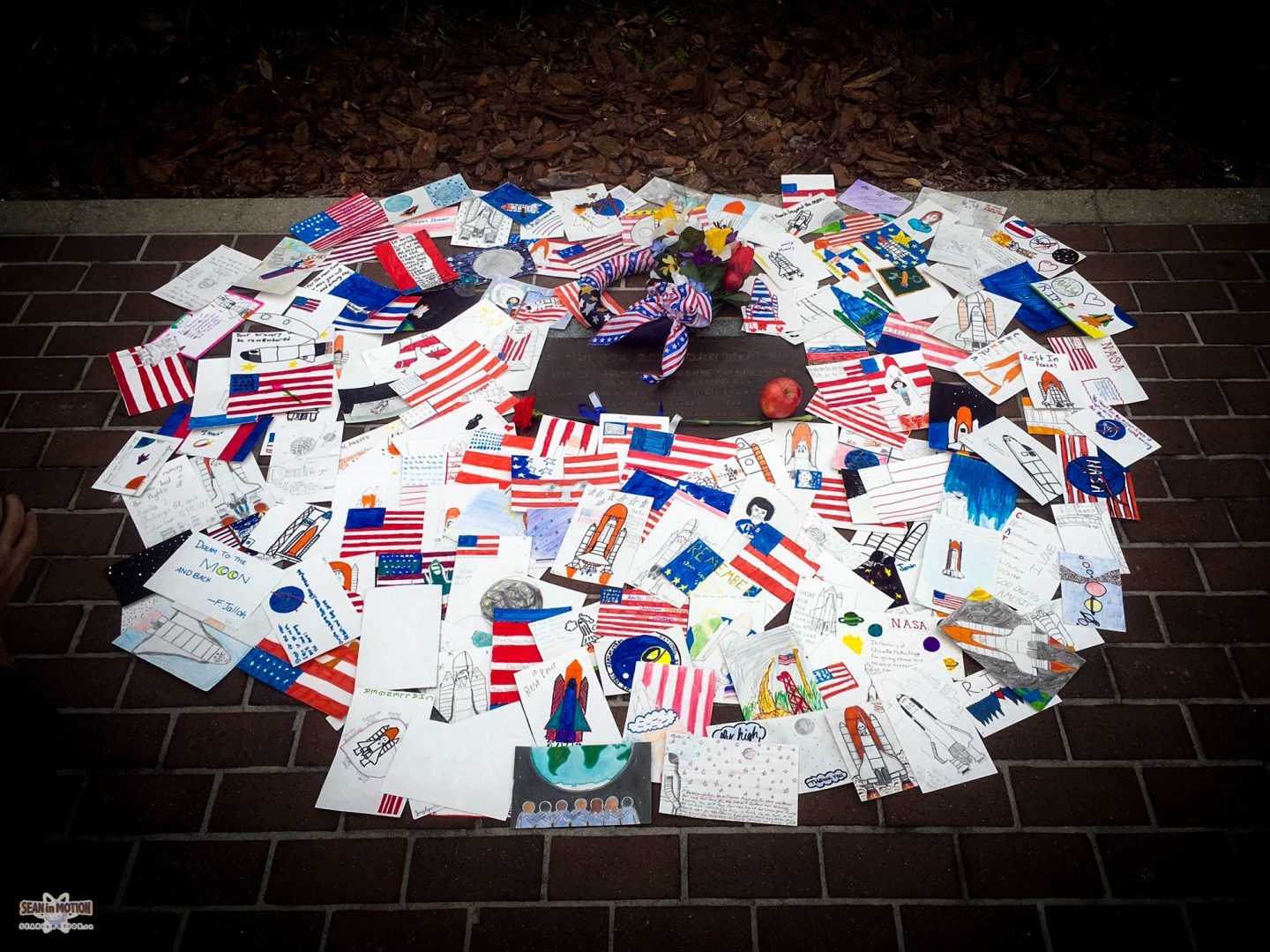 Hand-made cards, flowers and an apple for the teacher adorn the memorial for Christa McAuliffe in Titusville, Fl.

The service began just past 11:00 am and eclipsed the 11:39 am anniversary of the loss of Challenger and her crew 31 years earlier.

Bob Miner, a program worker who retired in 1990, was proud to share memories of his many experiences, ranging from working the earliest chimpanzee flights at the Cape through to working in Palmdale to help build the Enterprise (OV-101, the first STS test vehicle). They sadly also included such heart wrenching moments as being on the pad the night of the Apollo One tragedy, 50 years ago this past Friday, and that of one of his close-out crew members handing Christa McAuliffe an apple prior to the final preparations for the fateful launch of Challenger.

Jean Wright, one of the shuttle seamstresses (wonderfully known as the ‘sew sisters’ who worked to painstakingly hand-stich the critical thermal protection system to the orbiters, was also on hand to share her memories and to pay her respects to the lost crews. Following the completion of the STS program in 2011, Jean moved into a new role on the space coast, that of Docent at the Atlantis exhibit within the Kennedy Space Center Visitor Complex.

Personally, I was grateful and honored to have been nominated and selected by Titusville to recognize and remember, through the laying of a flower at his memorial plaque, the life and sacrifice of Ed White, II, the Senior Pilot assigned to Apollo 1. As regular followers will know, I am dedicated to the collection and passing forward of knowledge and experiences relating to the early space flight program, allowing our next generation to connect with history and learn the lessons uncovered and paid for by those who bravely came before us. Kind thanks to Gail Murphy and Cindy Johnson for photographing and sharing this impactful moment of remembrance with me.