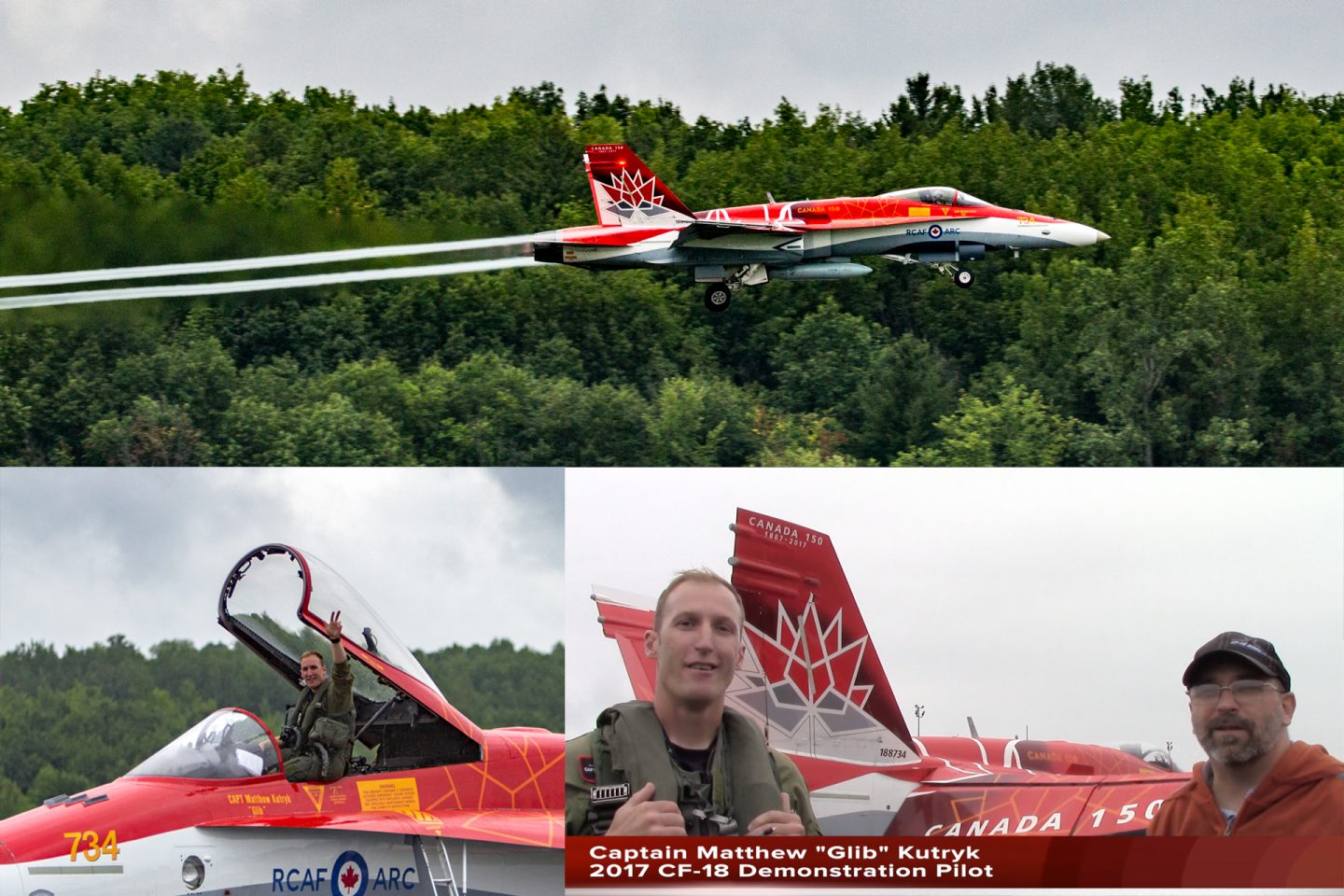 Shortly after shutting down the twin General Electric F404 low bypass turbofan engines in his CF-188A “Lady in Red”, Captain Matthew ‘Glib’ Kutryk was kind enough to join me on the tarmac of the Gatineau-Ottawa Executive Airport for a short discussion about his experiences as a pilot and what it meant for him to have been selected as Canada’s 2017 CF-18 Demonstration Pilot.  Click below to join in on the conversation!