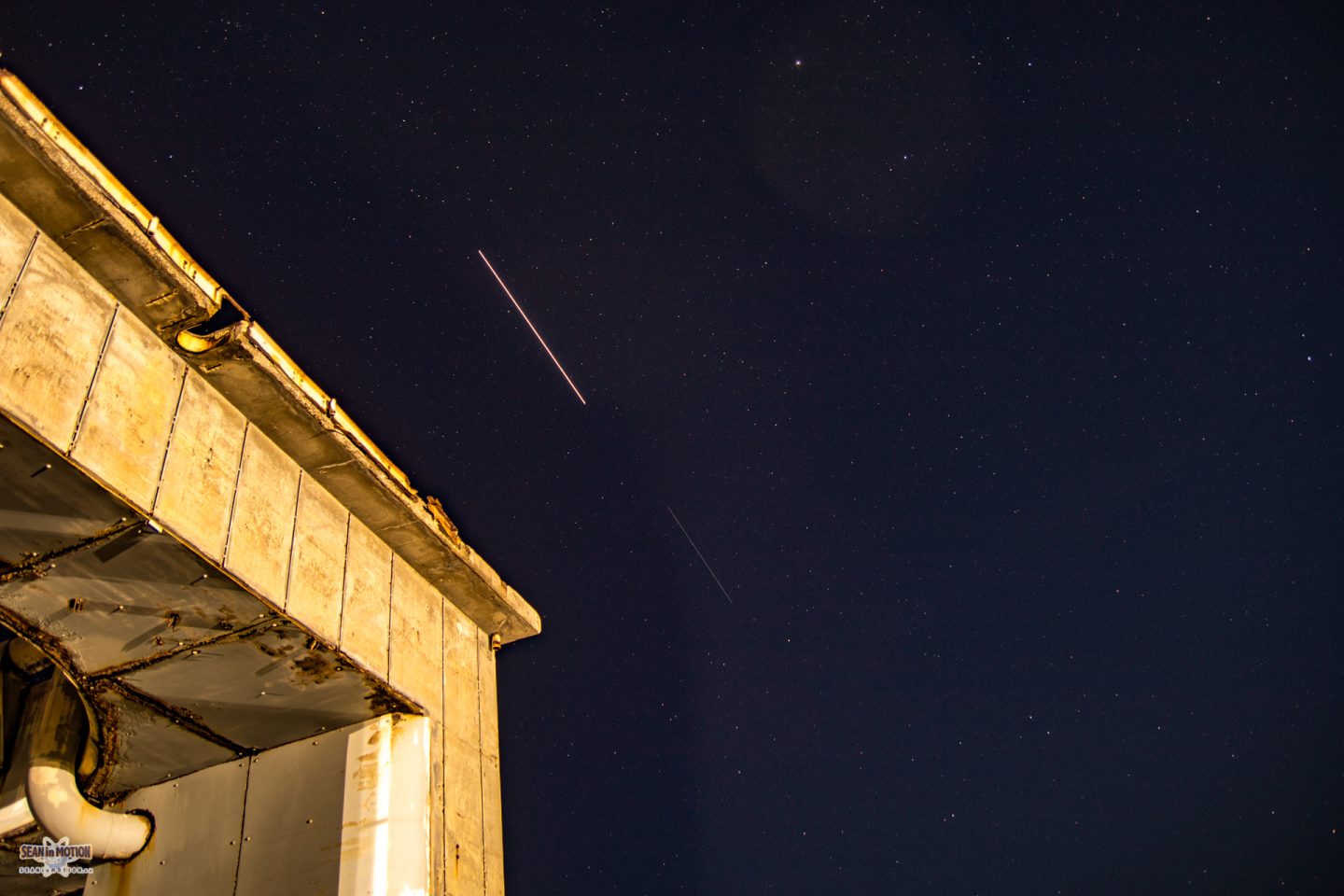 Minutes after the 50th Anniversary of the Apollo One tragedy (Friday, January 27 – 6:31 PM eastern), the International Space Station and crew performed a silent but emotionally deafening fly-past of Launch Complex 34 at Cape Canaveral, along with JAXA’s HTV-6 which had been released from the ISS some 8 hours earlier. It can be seen on the same trajectory, some 23 miles ahead and as a lighter trail.

It was a great honor to be on site for this significant memorial event, acknowledging the extreme sacrifice of the crew and their families such that the remainder of the space program could improve and proceed to reach new highs and great successes – ultimately, landing on and returning from the Moon less than a year after the program’s return to flight with Apollo 7.

Godspeed to the crew of Apollo One, Grissom, White and Chaffee – Ad Astra Per Aspera