May 16, 2011: STS-134 leaps off the pad at Kennedy Space Center’s Launch Complex 39A, carrying the Space Shuttle Endeavour skyward on its final mission. Sean Costello was onsite for coverage of NASA’s pre-flight preparations, interviews with current and past astronauts and of course to witness the second last flight of the program from the famed KSC Press Site (note that the classic Apollo-era countdown clock was still in operation at the time). 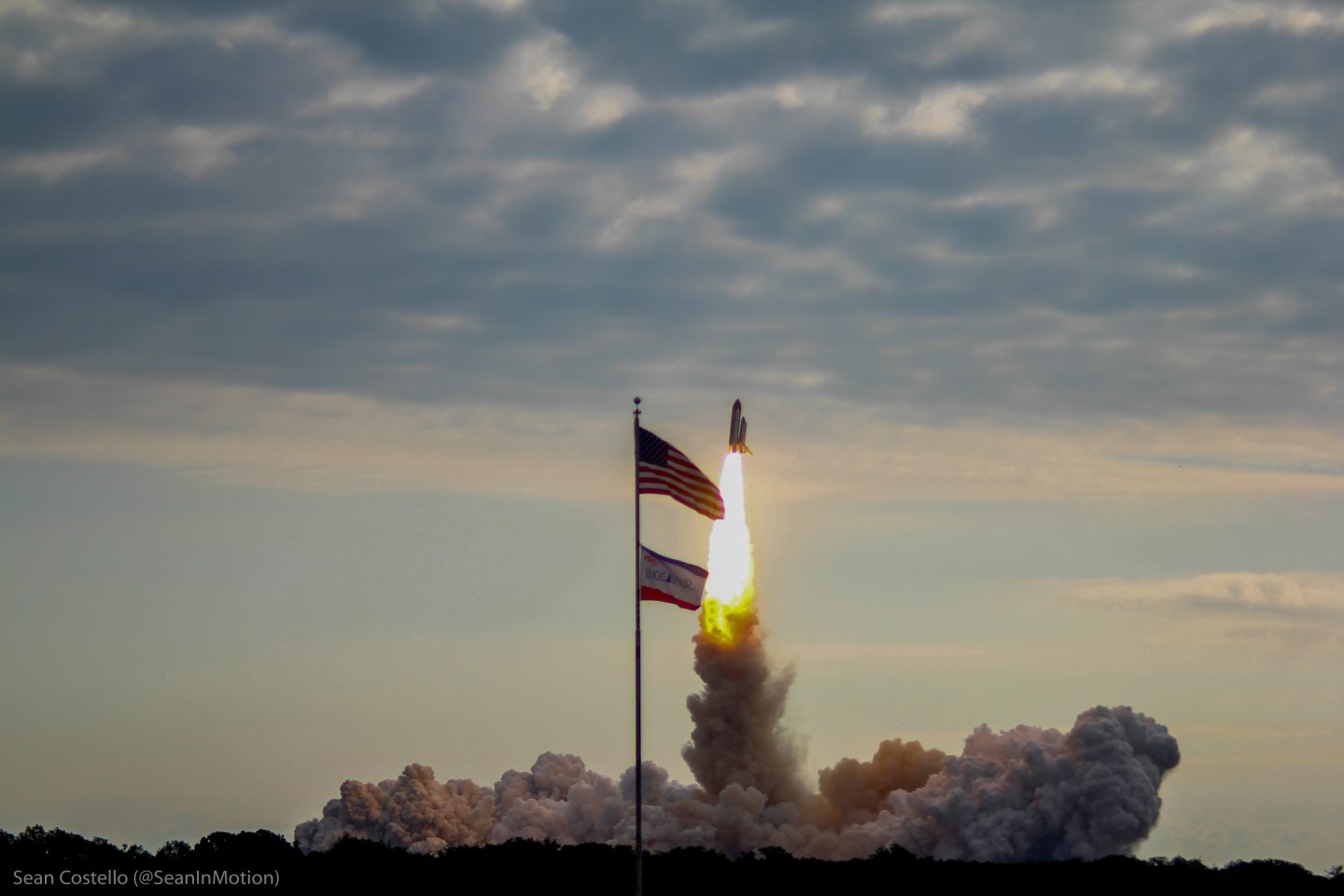