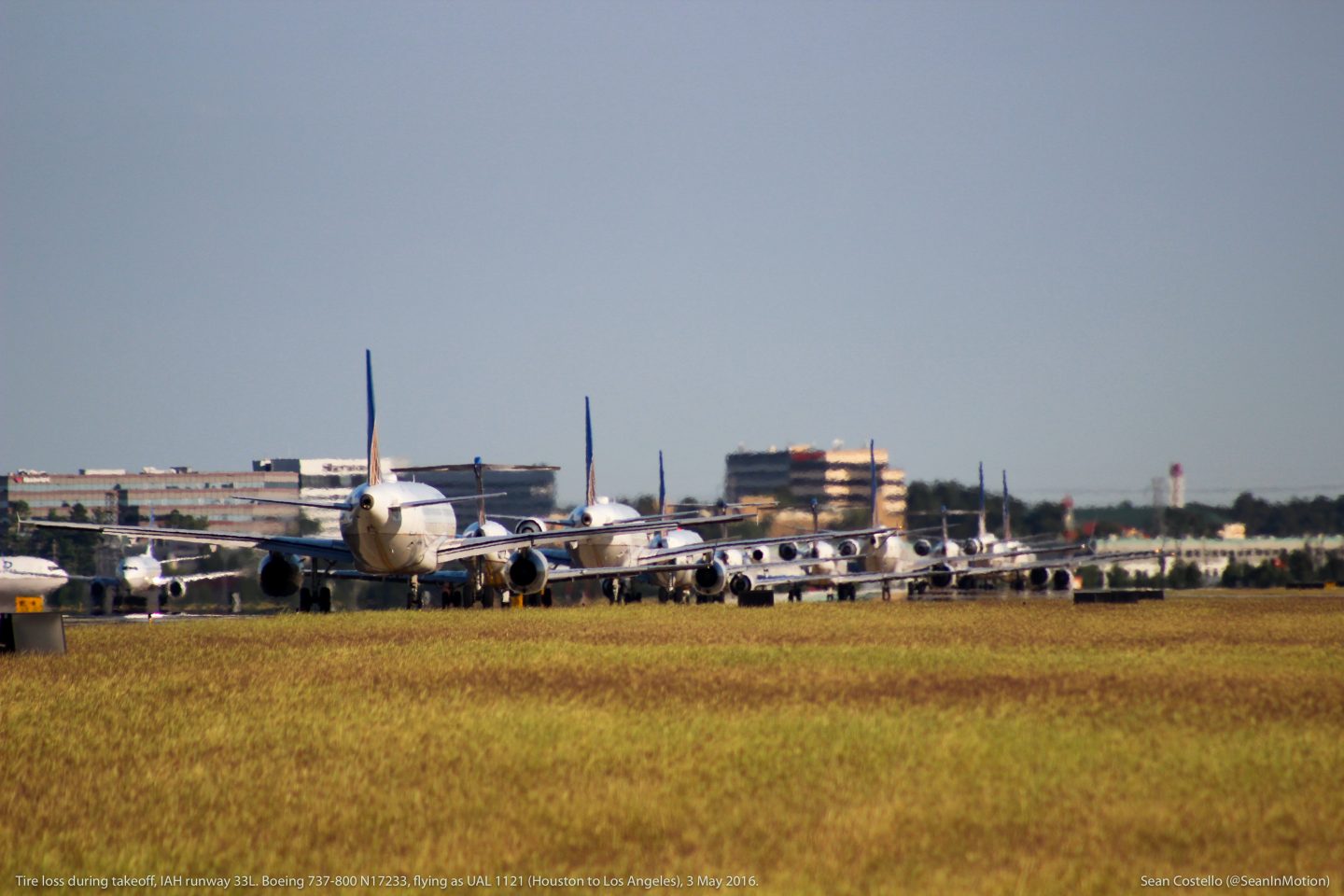 While spotting with Astro95 photographer Nathan Moeller, SupportMyMac’s Sam Arseneau and a few Houston area #AVGeeks alongside KIAH’s runways 33 L and R, a loud pop was heard across the field – which would later reveal itself to have been the sound of a tire rupturing during taxing.

As we monitored the next flights taking-off, it proved to have been one of United Airline’s Boeings, a 737-800 (N17233). Unbeknownst to the Captain or crew, they proceed to roll-out and take off with a damaged inside, right-hand main tire, proceeding to later land at LAX as scheduled and without incident.

Upon witnessing the FOD material being strewn across  33L, a quick call was immediately made to Airport Operations, who both notified United about the equipment risks for landing, and then shut down runway 33L for a thorough debris collection and full runway sweep. The resulting traffic jam was something to be seen; we were all much happier to be on the ground than out on one of the taxiways. At least in an airplane.

On that topic, there was some follow-up interaction with the Airport Operations team after the final sweep and re-opening of 33L, but that epic event deserves it’s own post…