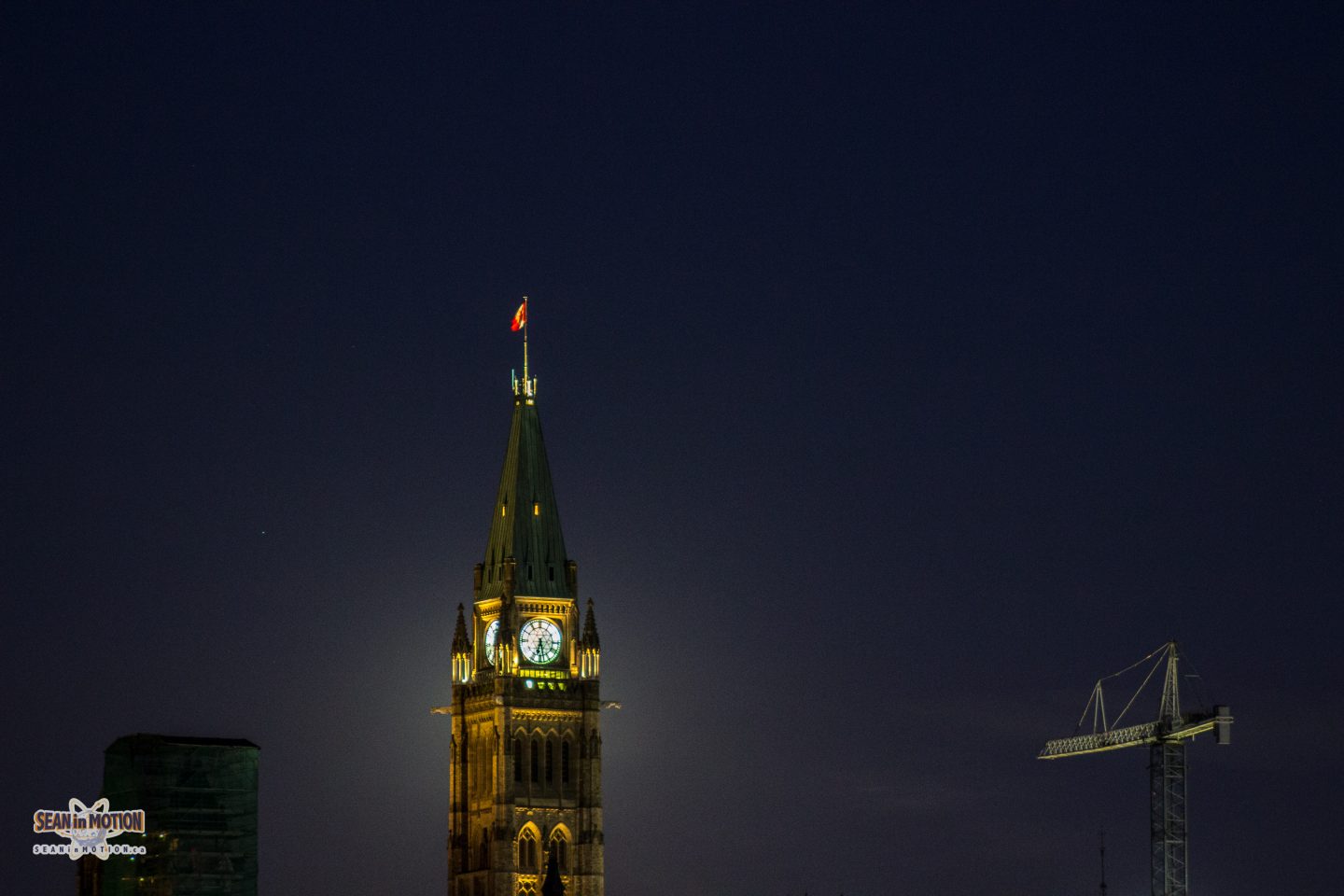 Sometimes a full moon shot isn’t of the moon itself, but rather a focus on the foreground subject and a creative backlighting experiment involving our natural satellite.

In February 2016, I shot Canada’s Parliament Hill in Ottawa, ON from across the Ottawa River in Gatineau, QC. During this very cold shoot involving the “Snow Moon”, attention was paid to assessing the track which the moon would follow after rising above the horizon. Just before 6:30 pm, the shot I was waiting for arrived – the rising full moon slid very nicely in behind the clock face of the Peace Tower, presenting me with the feature shot of the night: a backlit Peace Tower.